I used to blog on another platform. Check out what I shared in earlier years here.

Startled, he thinks it’s a dream. Martin wakes up not knowing what has happened and where he is? The last thing he remembers is eating his plate of bacon and eggs in business class on the Emirates boeing 737. Martin was petrified as the snow continued to cover the plane that was teared apart from the crash as a hour passed martin found some water and blankets and some food martin tears started to run down his face for quite sometime another hour martin found him a nice warm place to sleep in. hours later it was night the room martin was in became cold which was giving martin a hard time to sleep the plane was soon covered over with ice and snow martin was thinking that if he went to sleep he thought it would go back to normal he thought that he could see his family one more time. As time flew by the sun became to rise and it was the second day for martin as soon as he woke up the windows were frozen and covered in snow martin put some more clothes on just to keep him warm he said “just one more time one more time” his face was very gloomy when he said that he became to search the rest of the plane for food. Soon later martin heard some barking and some yelling martin was a bit curious to what it was so he searched for a exit he managed to find one but it was to frozen then he tried his hardest to bust it.After a few attempts he made it out and then the sound of barking became louder so as the yelling he looked around martin face went from gloomy to excitement he yelled im here im right here!! As he ran to the person with such a happy expression. A year had passed and he had forgotten all about the crash he was with a village and living a happy and amazing life. 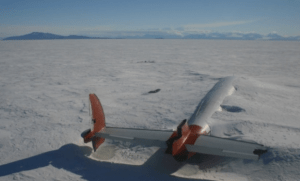 About Me | Ko Wai Ahau

Kia Orana, my name is Aniqua and I’m a year 8 at Pt England school.  My teacher is Mr Moran.  I have five brothers and and one sister and I’m the youngest.  My favourite food is fettuccine and pizza.  My favourite colour is blue.  I am Maori and I was born in Auckland.

Keep connected with this blog